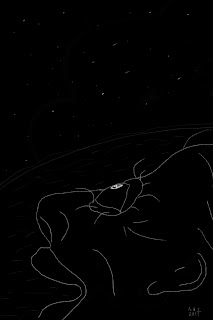 Posted by AAI . Articulación Artística Internacional at 23:32 No comments: 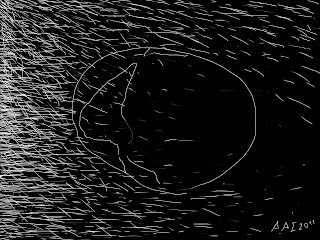 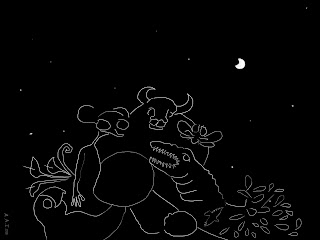 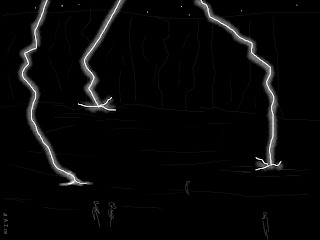 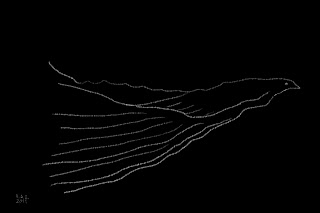 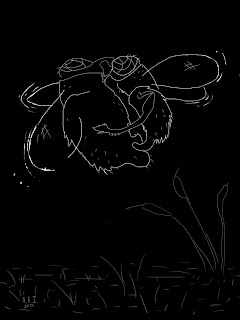 "To Die As Flies
Angels split in half multiply incessantly.
The wound, the pain, becomes a possibility for expansion.
The deeper the pain, the more loudly the howls echo.
When a lizard’s tail is cut off, a new shiny one grows in its stead.
Flies make love in the air. An old legend says that if in that precise moment, when two are one, you kill it, they become infinity.
In Chile, they torture the Mapuche indians. Thirty-four of them have spent fifty-two days on hunger strike so that they would stop prosecuting them as terrorists because they were defending their ancestral rights. Last week, 4,000 of us marched the streets of Santiago de Chile in the name of those thirty-four angels, twisted in pain. Mass media don’t say a thing because they are allied to the torturing organs.
The only possible way to make this known is from pain.
Let the pain multiply the angels’ voices.
May the Angels of Death expand their rage all the way to the rage’s entrails.
A Machi, a wise indian woman, was relating with a slow paused voice that in their rituals they had foreseen the earthquake which some months ago battered this part of the world. They knew that Mother Earth was angry because the equilibrium was not being respected. The Huinca, the white man, doesn’t get tired of cutting off the tail of the lizard of life over and over again.
Forestry companies are exploiting thousands of acres of exportable monocultures, eroding the soil and generating miserable labour sources. They destroy ancestral cemeteries, expropriate communities, fall thousand-year-old trees because they are not economically efficient.
There are more than ten thermoelectric plants working in different parts of the country without any legislation that would democratize their functioning. We, the common people, don’t even have the right to know through which mechanisms these projects are approved.
A week ago, they took away fourteen of our colleagues who were working in community cultural centers of this neighbourhood and charged them with terrorist attacks. The evidence for the charges was ridiculous, such as their cultural centres housing material that could be used to make bombs and which the young ones were using to make art, as well as finding anarchist literature and revolutionary posters in the centres. The trials are conducted the same way as those involving the Mapuche indians. They are prosecuted under the Anti-Terrorist Act, one that was enacted during the military dictatorship, and they are kept in total isolation. Covert witnesses (nobody knows who they are) are used and the sentences get quadrupled. They raided and totally destroyed three cultural centres, spaces open to the community, where open libraries, art, philosophy and other courses are organized.
In this context, they are preparing the celebration of the two-hundred-year anniversary of the fatherland. Two hundred years of exploitation and misery.
It’s not about being reductionist or pointing the finger and saying these are the bad guys and these are the good guys, but there is a history that needs to be reconstructed. A history that shows us how the governing elite has been leading us on a path devoid of dignity, a path in which we went from being a European to a United States colony.
And the few times in our history that the voice of the oppressed was heard, it was silenced with tanks and machineguns.
There is no real independence.  The nation, the majority of Chileans and non-Chileans that dwell in this territory, lives on the scraps this dependence produces.
Bicentenary. Is there anything to celebrate?
Now, we have to feel the pain even more strongly.
We must die making love to Mother Earth so that conscience may be infinite."
Chamancillo, el gran oido interno de aai
Traduccion libre deWorld Bridger, La Epifisis  y Mano Izquierda de aai
Posted by AAI . Articulación Artística Internacional at 23:07 No comments: 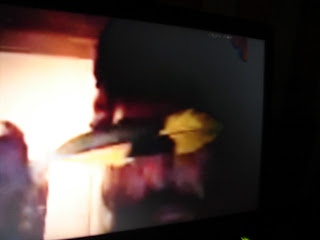 Posted by AAI . Articulación Artística Internacional at 23:02 No comments:

AAI . Articulación Artística Internacional
The Articulacion Artistica Internacional is an International Net of development and production of culture.It has being created to communicate through the Poetry (in all its forms)an interpretation of reality, shared by a handful of friends from different countries, whom, even if they belong to diverse professional fields, have become link through the Poetry, the Travel Experience (out side and in side of themselves), the extreme sensitivity and an stubborn idealism in some of the cases. The members articulate their activities in real time, elaborating collectively a caudal of texts destined to affect the different societies where they sojourn. Pondering about the contemporary social conditions, in which we observe certain general confusion, we have elaborate a hopeful plan. “may be, the voice of traveler poets, young of spirit, could contribute to sedentary societies, diverse points of view concerning certain current scenarios in crisis which are changing speedy and for which, it does not seems to exist yet widely spread definitive answers”...